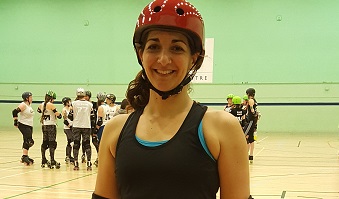 Crossovers – our one and only new skill this week. Yes, just the one because it’s tough and requires loads of practice. At least I found it tough to get over the fear of tripping over my feet while trying to cross one foot in front of the other—in roller skates. Can you say mental block? 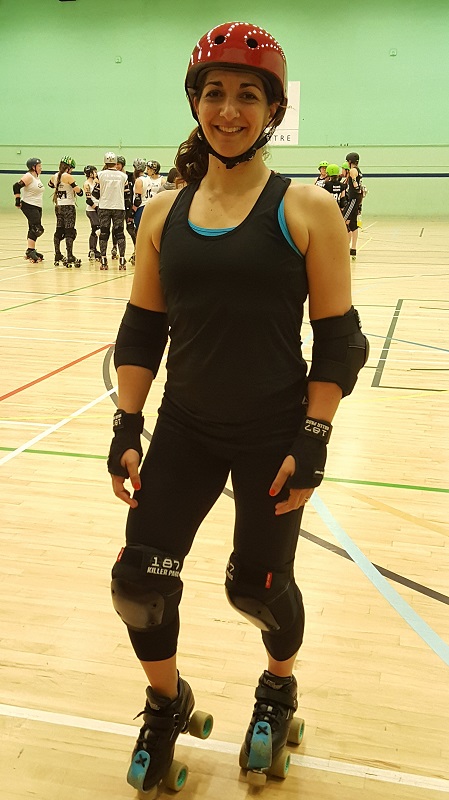 We had a great session and broke down the crossover into multiple exercises to get us ready for it. In the end all that was left to do was group those mini-skills together to make crossovers. Funny how each individual skill went fairly well but combining them was in no way magical. Why? Just plain fear of tripping. I felt fairly confident in all the little skills. I put my brave hat on when the time came to crossover. However, I only managed to crossover’ish; it was more like an overlap than a crossover.  Although I knew I was just as likely to trip overlapping my feet than crossing them and despite being brave and getting half-way there, I only realised what my real problem was after the lesson.  I hadn’t applied my aha moment from week three: the first chin up. Being afraid to trip, I stared staring at my feet to ensure I wouldn’t trip.  That only made me doubt my footwork—I know where my feet are and where they’re going— and created little mental videos of me bailing face-first across the track.  It was all a bit of a viscious cycle.  Fear leads to looking at your feet, looking at your feet amplifies the fear and together they lead to the dark side.  So I decided, again, to be brave and keep my chin up. Maybe this time, it’ll stick!

All that said, I did feel more confident by the end of the lesson despite not being great. Now, I’m more confident that on my next try, I’ll get there with my chin up. Most important of all, I had loads of fun this week and met some more of the other freshies.  Before I sign off, I want to leave you with the most memorable quote of the day, courtesy of our crossover coach Hermaphoditie as she called us back after we attempted our crossovers around the track a few times “You all went from zero skills to good skills!” She had a point and made me chuckle.